It's Christmas in July

The gun auction was awesome...... I picked up three pistols and had a real hard time not picking up a m1 carbine. There were a few other guns I bid on, but I let go at the limit I had set earlier. I just about picked up a motorcycle and sidecar. I had a heck of a time not getting it. It is an auction, so you need to decide immediately, which doesn't help. It was an Enfield motorcycle decked out military style. It had the sidecar along with built in ammo canisters for storage. It was way beyond cool. If I had known how cheap it was going to go, I would have grabbed it. I just sort of froze,  and for too long as it was sold. She went for $1800. Owner said it developed a knock on the way to the show and he was sure it was just a bad gasket. Without hearing it run, I was a bit timid as far as going for it. That, and a lack of storage at present. She could have lived under a tarp temporarily until I found room, but, like I said, auctions move fast. I did get the Challenger I went for. It is immaculate. I have never seen one this pristine. Has box and paperwork. Doesn't even look like it has been fired. The Walther I picked up because it was dirt cheap and I just couldn't let it go at their giveaway price. The huntsman is a little rough finish wise, but at $150, it was a steal. It can always be reblued.   I now have an extra magazine for the one I shoot, and I can reblue it, and use it for trade later down the line. 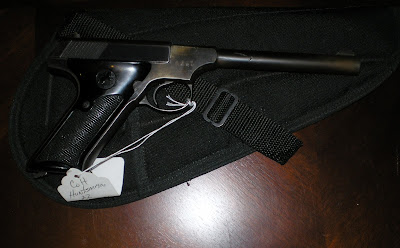 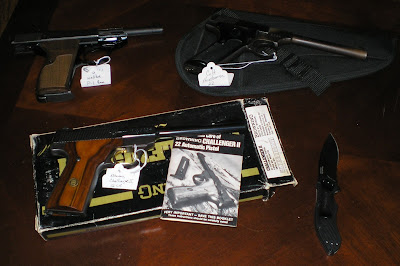 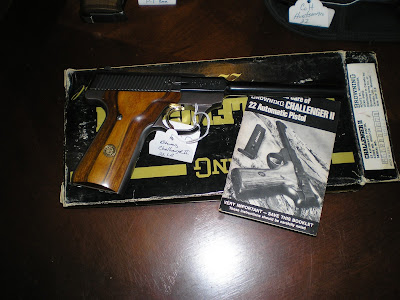 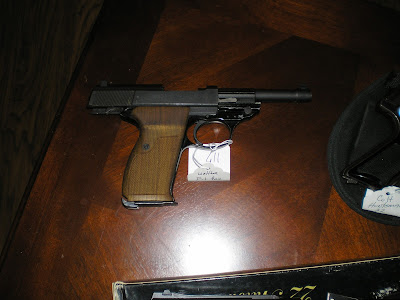 Tomorrow will be the Classic Iron and Steam show in Warrick county. I have never been to that one, but I am told it is great and that there is a really huge flea market that usually has some interesting items.
Posted by RichD at 4:43 PM