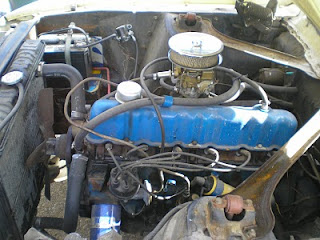 Had a chance during the week to give the engine a going through (above pic is a before). Put in new points, condenser, plugs, wires, cap, rotor, radiator hoses, oil and filter, coolant and belt. Runs a lot nicer now. Can not remember the last time I had to do points on a car.

Kid at parts store didn't have a clue what points were.I then went over to get chrome cleaner,and was looking all over for the familiar steel can with the plastic pop up cap. Kid came over to see what I needed and handed me the plastic bottle it now comes in. I got to thinking later about it, and they stopped using points on cars about twenty years before the kid was born. I haven't had a car with non plastic bumpers in many years either, thus, I hadn't used the chrome cleaner since I was a teen. I then tried to get touch up paint for it. Duplicolor doesn't even list it anymore. Guess not to many people need paint for a forty three year old car anymore. Times like this make me realize how fast time goes, and how things change. Makes me feel ancient.

I forgot how easy some of the old cars were to tune up without all the emissions mess in the way. Plug change took all of ten minutes. Of course the straight six simplifies it as well. No power steering, so it was only one v-belt. You remember v-belts. The squealing predecessor to the serpentine.

Ordered some parts off the net. I swear if you had enough money, you could build a brand new car off the net. They make just about anything you can think of for it. Ordered a real air cleaner for it. Previous owner put cheap aftermarket one on it. Would have been nice if he would have checked for clearance before slamming hood on it. Have to hammer dent out of hood after installing proper cleaner.

I also had time to go to the gunshow at the armory today. Lots of nice toys there. Bumped into some friends there, and saw a M1A that is pretty close to what I want. Pretty nice day despite the rain.
Posted by RichD at 11:49 PM 1 comment: 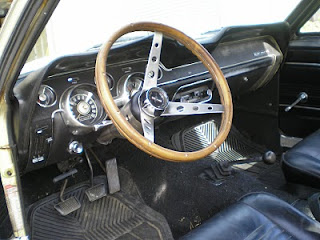 Was able to get out and wash all the vehicles today. Couldn't ask for better weather. The Mustang came with a new rear view mirror (exterior) still in the box. I put that on today. Washed off most of the grime and filth it had on it. It came from a farm, and was outside with sale sign on it. Still have to do tuneup and oil change. I have to go back to store for plugs and order points. 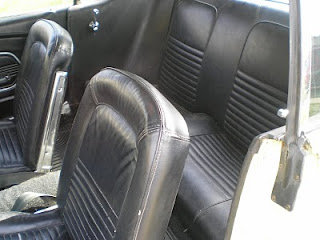 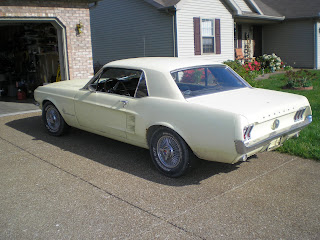 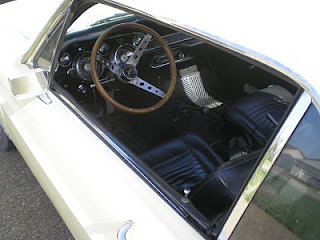 Last weekend was the machine gun shoot, this weekend new toy for the garage.  1967 Mustang coupe waiting to be fixed up.  Pretty solid, running strong, good interior. It has the Six cylinder 200ci with a 3speed manual on the floor. Noone has hacksawed a radio into the dash or otherwise mangled the 43 year old car which is unusual. New money pit in the making. Have to wait til Tuesday to plate it. Tune it up and clean it up tomorrow, then off to the range to burn off some surplus ammo. It doesn't get much better. No rain predicted until late next week. Worked on the Vette most of the week, and finally have the intermitent starting problem resolved. I hate intermitent electrical problems. All looks good now. 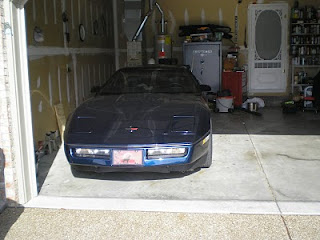 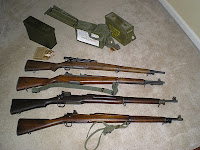 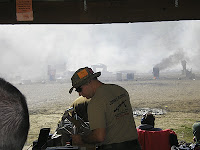 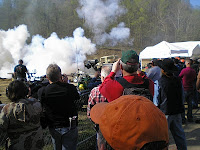 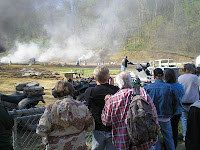 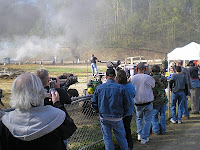 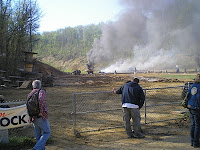 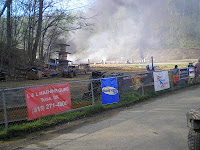 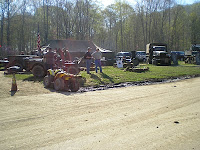 How can you improve on a weekend that starts with going to the Machine Gun Shoot at knob Creek gun range. The smell of gunpowder, and all things burning. The weather was perfect, and I was able to procure several hundred more rounds of 30-06 for my Garrand ( in enclips, in bandoliers, still sealed in ammo cans) at the low price of $90 per ammo can of 192 rounds each can. They did not have my M1A that I have been searching for, but I can go to range tomorrow and empty some of the above ammo at the club tomorrow.
Get to try out my new O3A4, and shoot my Garrand (my favorite out of all my guns so far). Also get to shoot my 1917 that I bought last year, and still haven't had it out to the range yet. The club has a spot shoot, and a bowling pin shoot scheduled for tomorrow. I wish all weedends could be this good
Posted by RichD at 8:11 PM 3 comments: