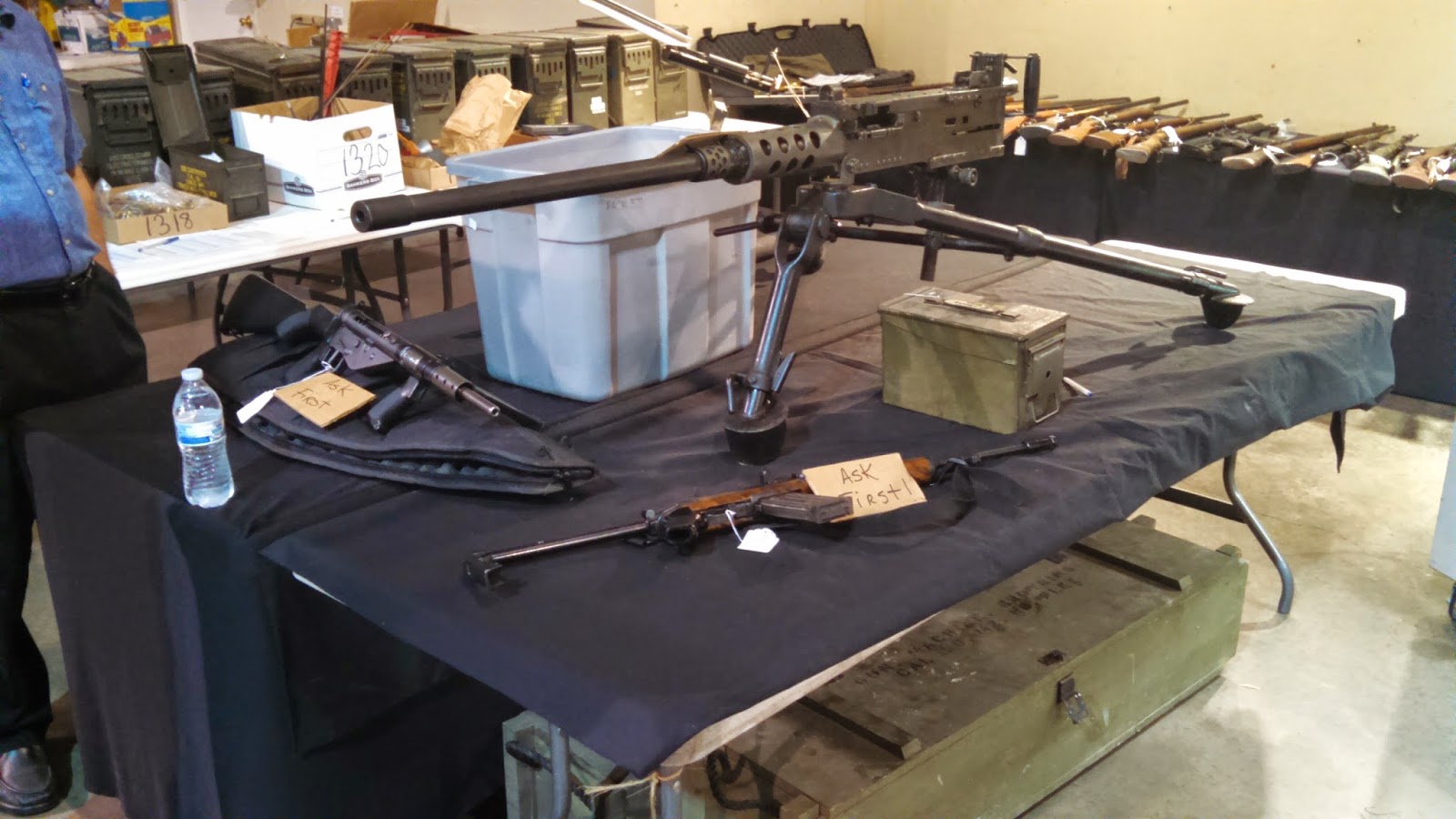 Today was auction day. It was a lot of fun. I should have done some research on the full auto section as the prices were extremely low by market value. The 50 went for 18,500. She is complete with all accessories, papers, crates and a box of ammo. They had a brand new spare barrel for sale on a different item number. The Sten went for $3900, the ruger for $8000.

I would have come home with more had the order of guns been different. A few of the guns toward the end of auction I wanted went way too high. Had I known, I would have bid on a few of the earlier guns. I did pick up one pistol I really like, and have eyeballed in the past. It looks like new, as in never fired. Has box and papers. Not a really high valued gun, nor necessarily popular, but I like it. 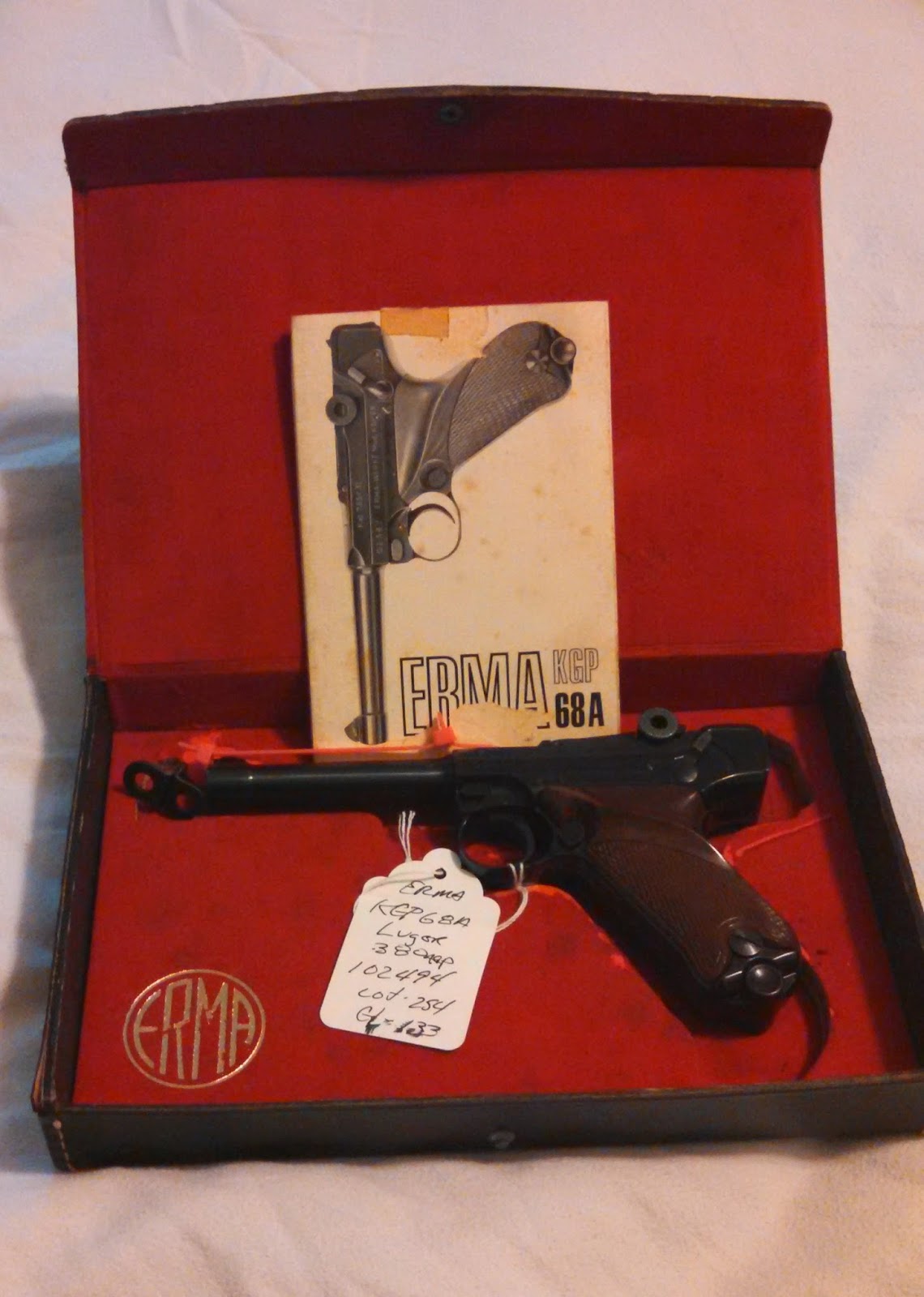 Chambered for .380, of which I have a lot. I have seen these every so often, but this one never hit the price they go for, or even half the price they generally go for. I picked this up and another enfield. It wasn't going for much, and it did have a pokey thing (the brits call it a bayonet, but it looks more like a pokey thing). Figured it doesn't eat anything and I picked it up for about half what they go for. I know I won one other gun, but somehow, when I went to pay, they didn't have a record of it. Maybe I will get a call when the figure it out. The gun went somewhere. My guess is they wrote the number down wrong and put it on some other bidder's winnings. It wasn't anything fancy either. Just a pistol that should have gone for more. This weekend was a bad time for them to schedule a gun auction, as far as a seller is concerned. It was great for the buyers. There was a fair, a steam show,  and a huge flea market. Flea market being the type guys like. Tools, tractors and such. There were people there, but not as many as usually come, which effected both price and popularity. Popularity being most of the military stuff didn't hit what  it usually does. Hunting rifles pretty much hit their usual target, until toward the end. A lot of people left and the last few guns went for a song.

I cleaned up in the silent auction. I almost felt guilty for the price I got the stuff for. There was so much reloading supplies that they couldn't get top dollar out of it. They actually threw a ton of brass in the regular auction to help get rid of some of it. I didn't buy any reloads. I don't know the guy who reloaded them and I am always leery of buying reloads from a stranger. Might be good, but no guarantee. I did want some lead bullets though. And there were rows of ammo cans full of them. I bid on four containers figuring I would be out bid on a couple of them and hoping I got one or two. Nope. I got them all. I am stocked for a really long time. They were $20-$25 bucks each. I bid 5 extra on the .45 as people were going after them more than the .38. 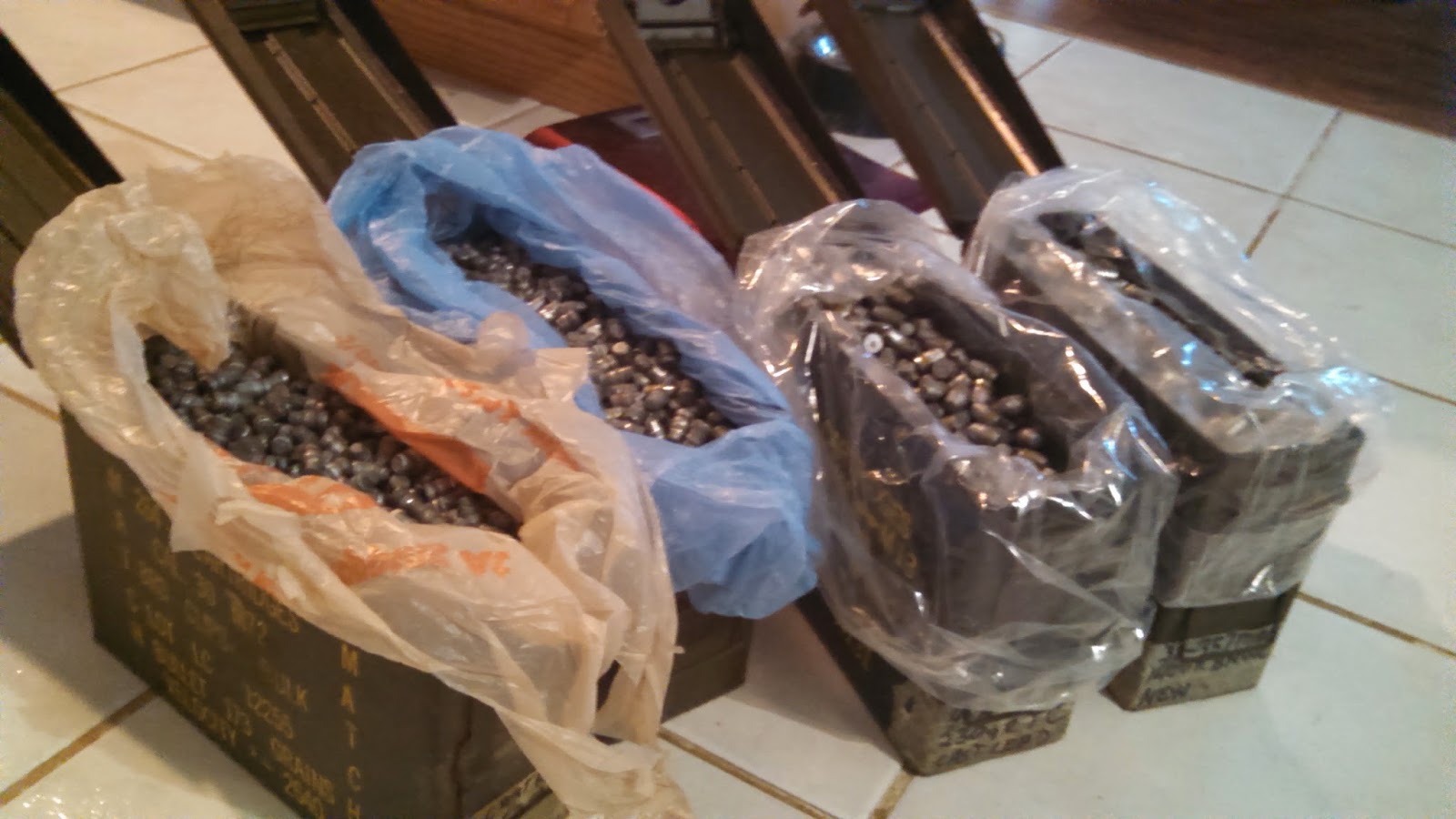 Yes, twenty dollars, sized, lubed and ready to load, and in ammo cans. I should have bought them all. Talk about heavy.... I also picked up a big ammo can for a few bucks... 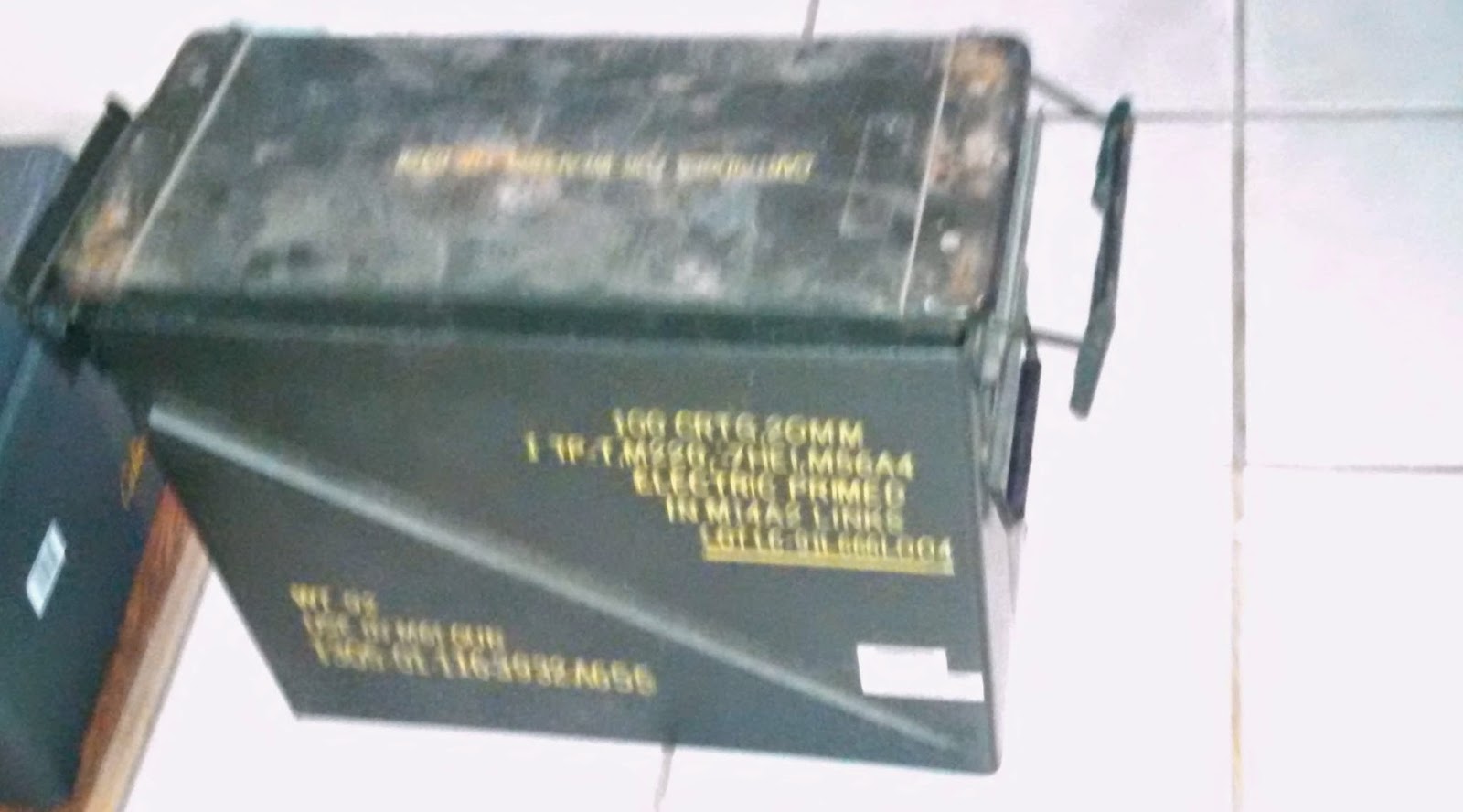 And some magazines for the carbine. Forteen all together. All major manufacturers included. Came out at about six bucks a magazine. I tried for a couple Dillon reloaders but got beat out. It was the largest silent auction they have ever had. The reload gear was one guy..... One of the guys I work with showed up at the auction. Last week, the auction house auctioned his aunt's house and furnishings. He said he talked to the auctioneers about the gun auction. They told him the one guy came in and borrowed their enclosed trailer to haul in his silent auction supplies. Said he filled it up twice. I believe it. You would have to see it to believe it. He had more reloading gear and ammo than most of the biggest gun stores I have seen.