I headed down to the auction preview. It is huge...... 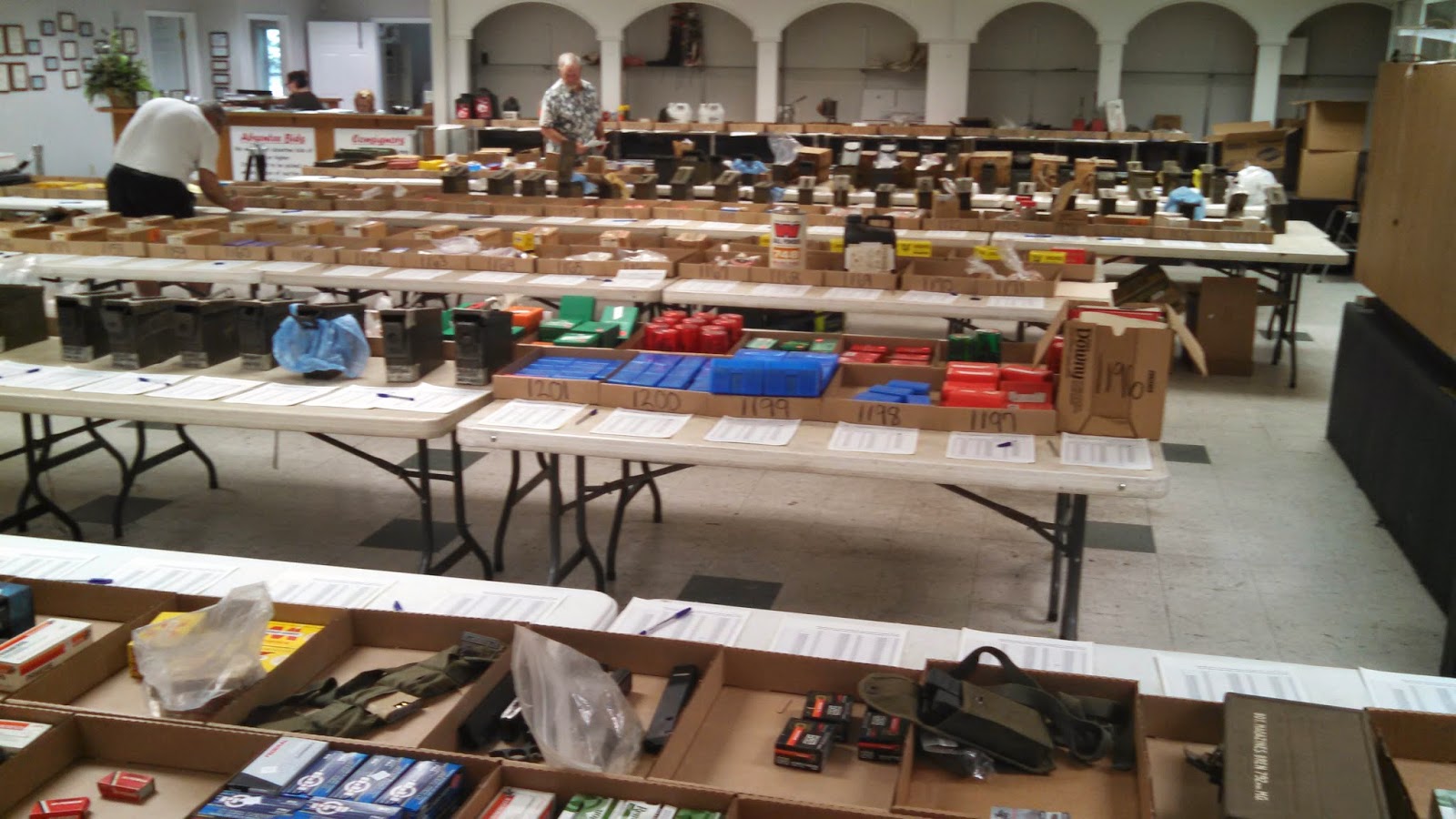 I walk in the door and see the overflow of the silent auction part. I am in heaven. There are tons of reloading items. I shoot a lot of nonjacketed .38 and .45. There are rows of ammo cans full of bullets. all sized and lubed and ready for loading. They have a few dillons. I may pick one up if it goes cheap enough. Be nice to leave one dedicated to .38. There are cases of ammo, pallets of lead, pallets of bullets, and an unbelievable amount of brass. I was told a lot of the reloading stuff came from one man who recently passed away as well as a lot of the guns. WOW. The reloading stuff continues into the next room which is the main room housing the guns and auction. It follows the perimeter of the room. There is so much brass, they have lots being auctioned to reduce some of the bulk. 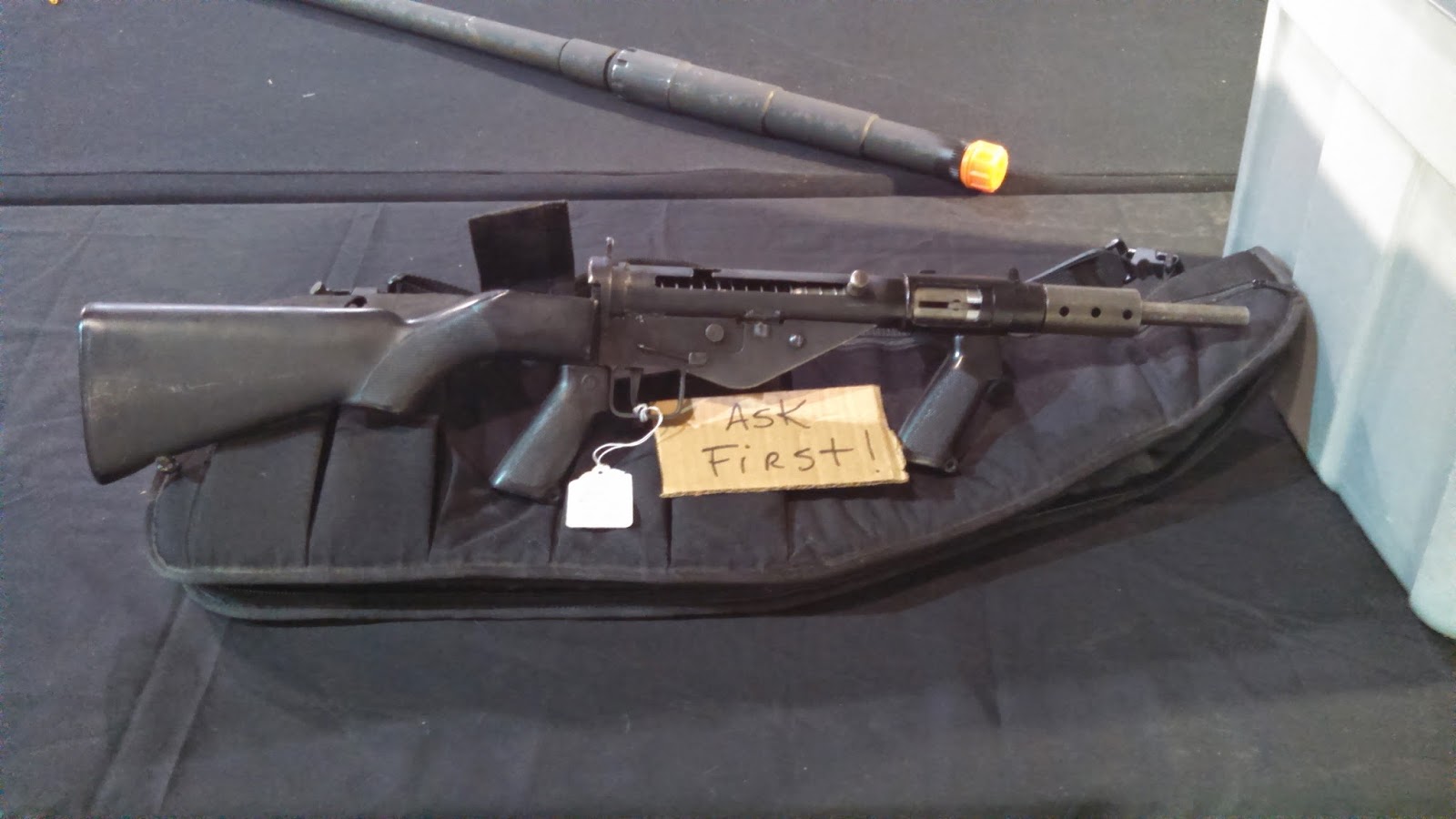 The browning .50 won't be there until the morning along with the other machine gun. I always like to see what they bring. The .50 is up to $8750 so far. There are some really cool guns as well. So far they have have a total of three hundred on the block. I will be spending the day watching and bidding:)

There is a Winchester and an Inland M1 carbine which would look nice in my safe. 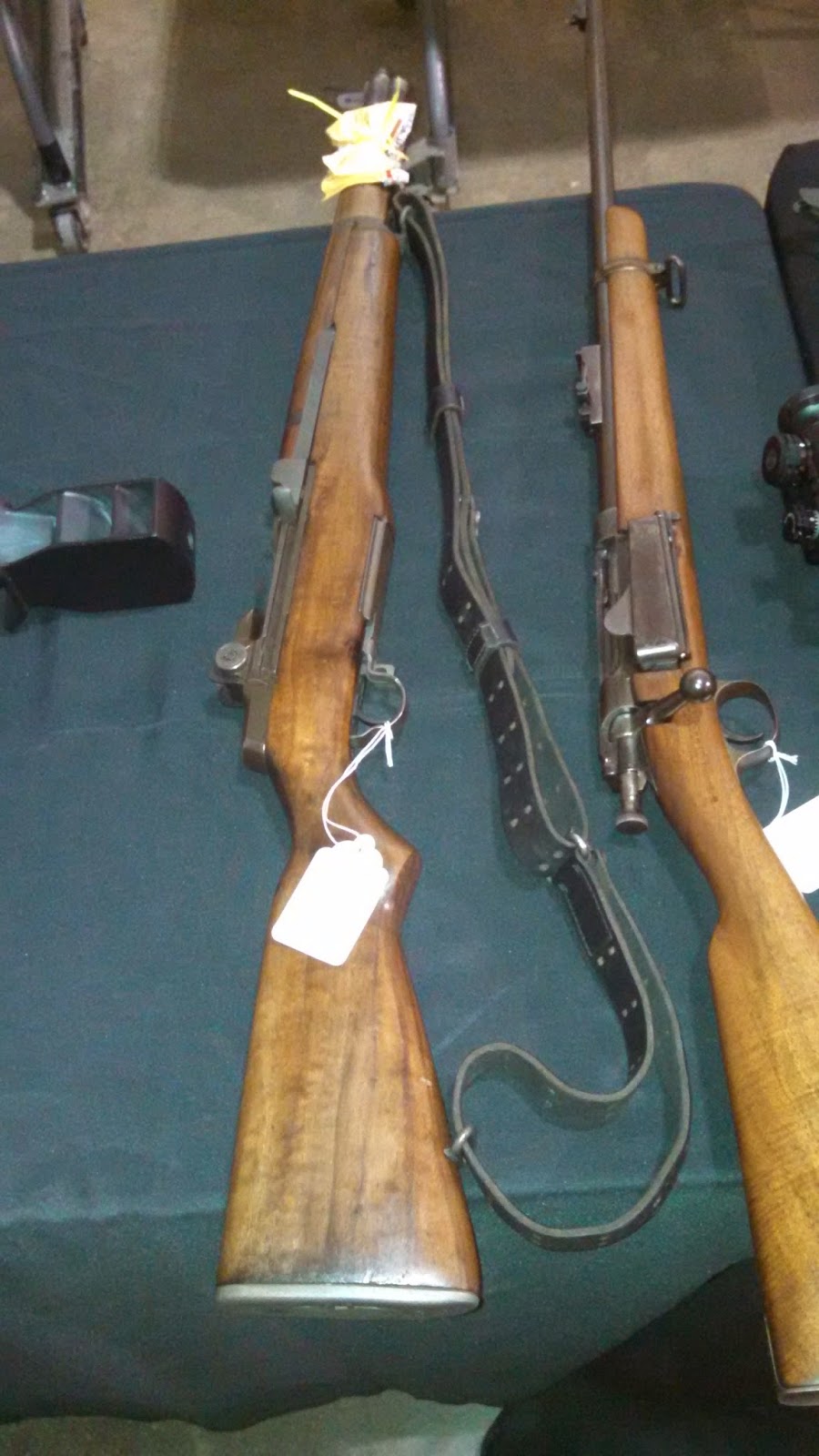 A Garand tanker. The first one I have seen outside of pictures. The poor Krag next to it was butchered long ago. 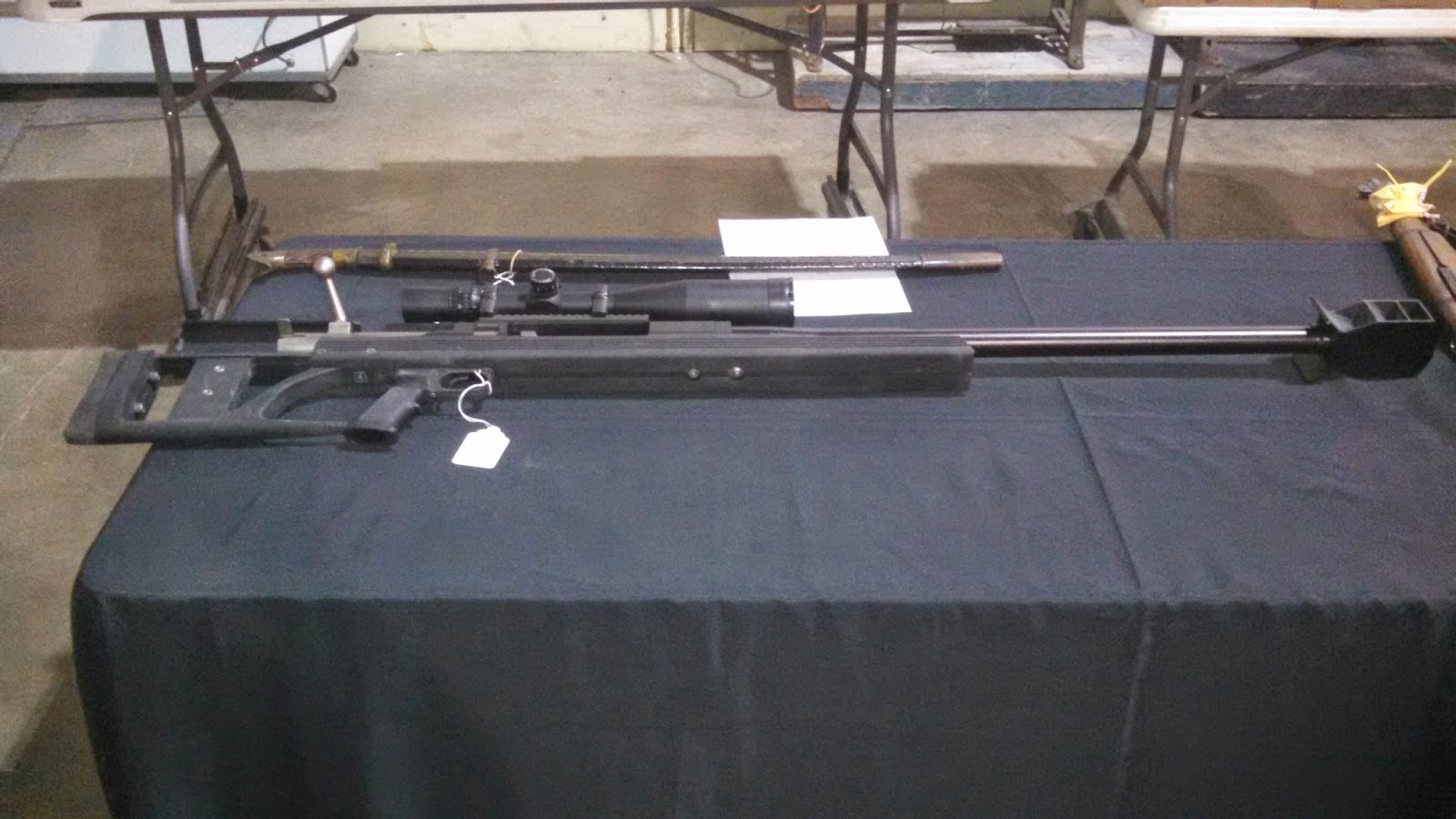 Everyone needs at least one .50 cal. You just never know when the zombie apocalypse is going to hit. 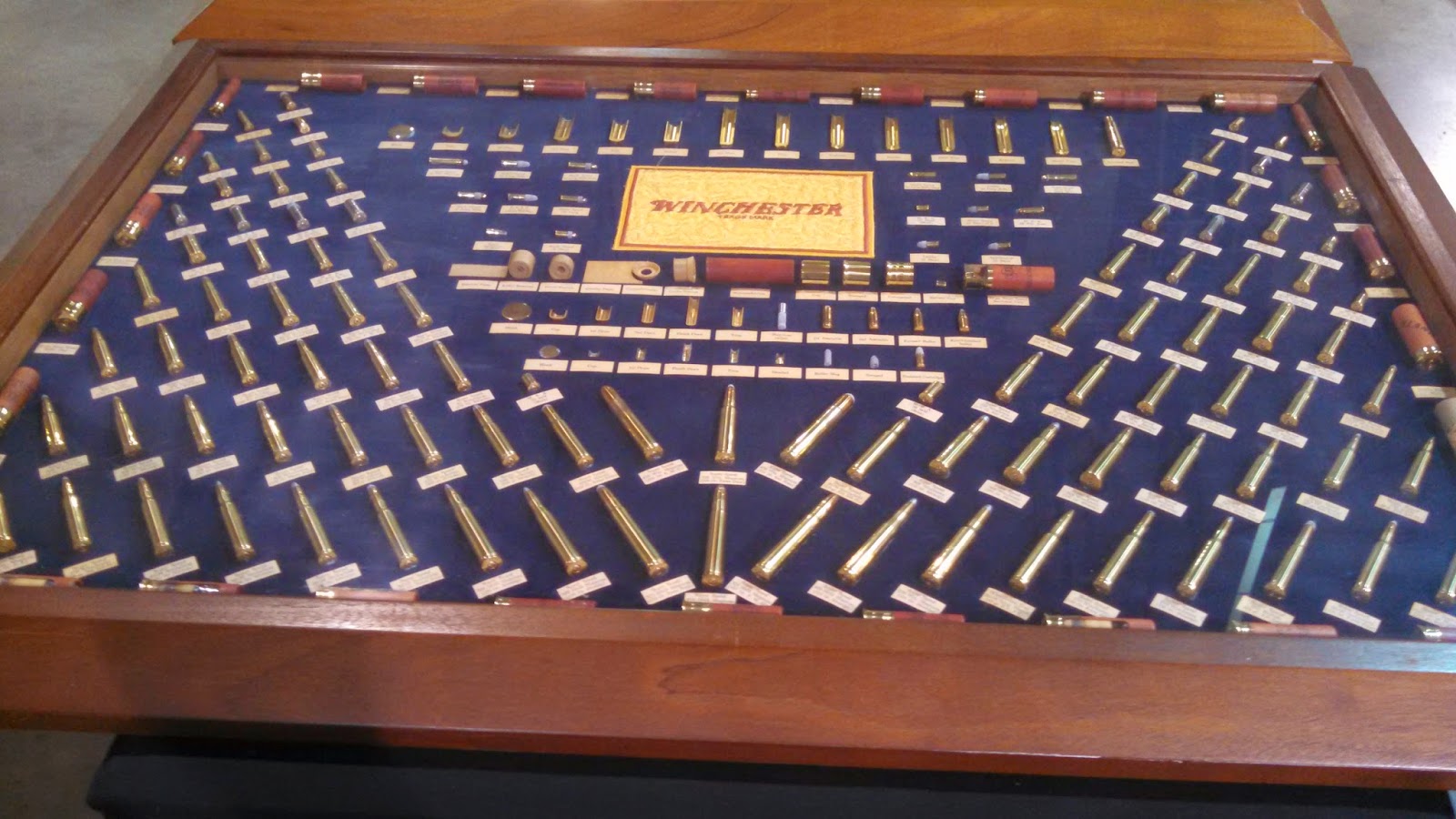 There were some nice bullet boards there, but they are already pulling a couple grand a piece. They are cool, but not that cool. At least one of my buddies from work will be there. Sunday will be the Steam show and flea market. Next weekend is the friends of the NRA banquet. It is going to be a great couple of weeks.
Posted by RichD at 8:41 PM