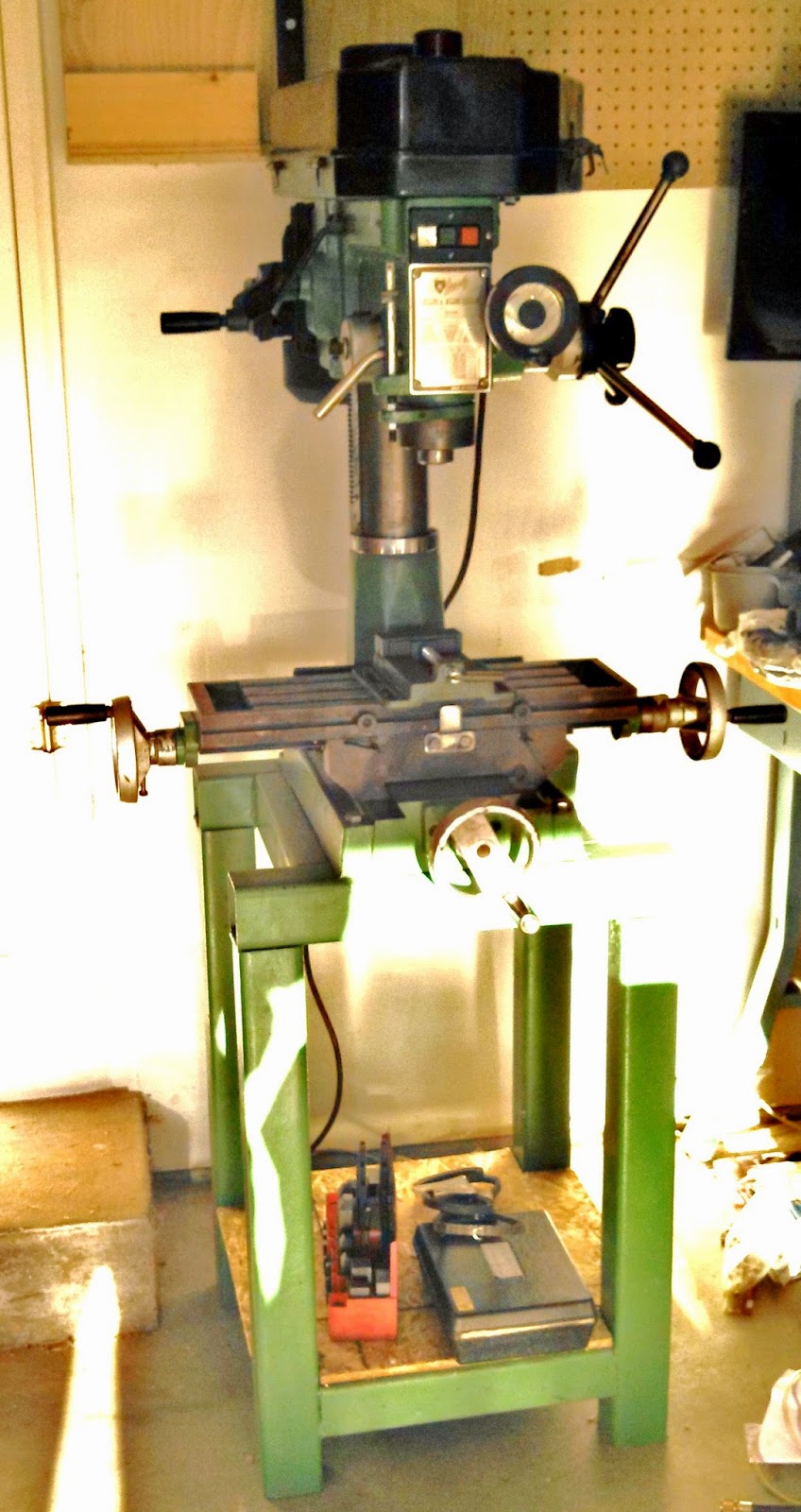 Chilly, but dry. I was able to pull the Vette out of the garage and do a little work out there today. Managed to get the mill and lathe out of the truck. Bit of a pain, but I managed. The lathe went on the bench. I was able to back up to it and the tailgate was almost a match for the bench height. Managed to drag it over and up on the bench. Heavy little sucker. The mill was a bit more difficult. The guy I bought it from made a heck of a heavy duty stand for it. Beats the heck out of the sheet metal one they sell for it. I dropped that down to the ground, put a two by four under the feet on one side to get it almost level with the tailgate. Managed to drag the mill out and finagle it into place on the stand. Had to majorly change the garage around to make a bit of room. Still a little more arranging to get everything where I want it. Pulling some of my duplicate tools from work for home. I hardly ever run a mill anymore at work, so I brought most of my parallels and some other setup gear home. Want to get a decent vice for it. Have a collet set coming along with a chuck and arbor. Hopefully start cutting my AR lower this weekend. So far, I am off the work list, but that can change. 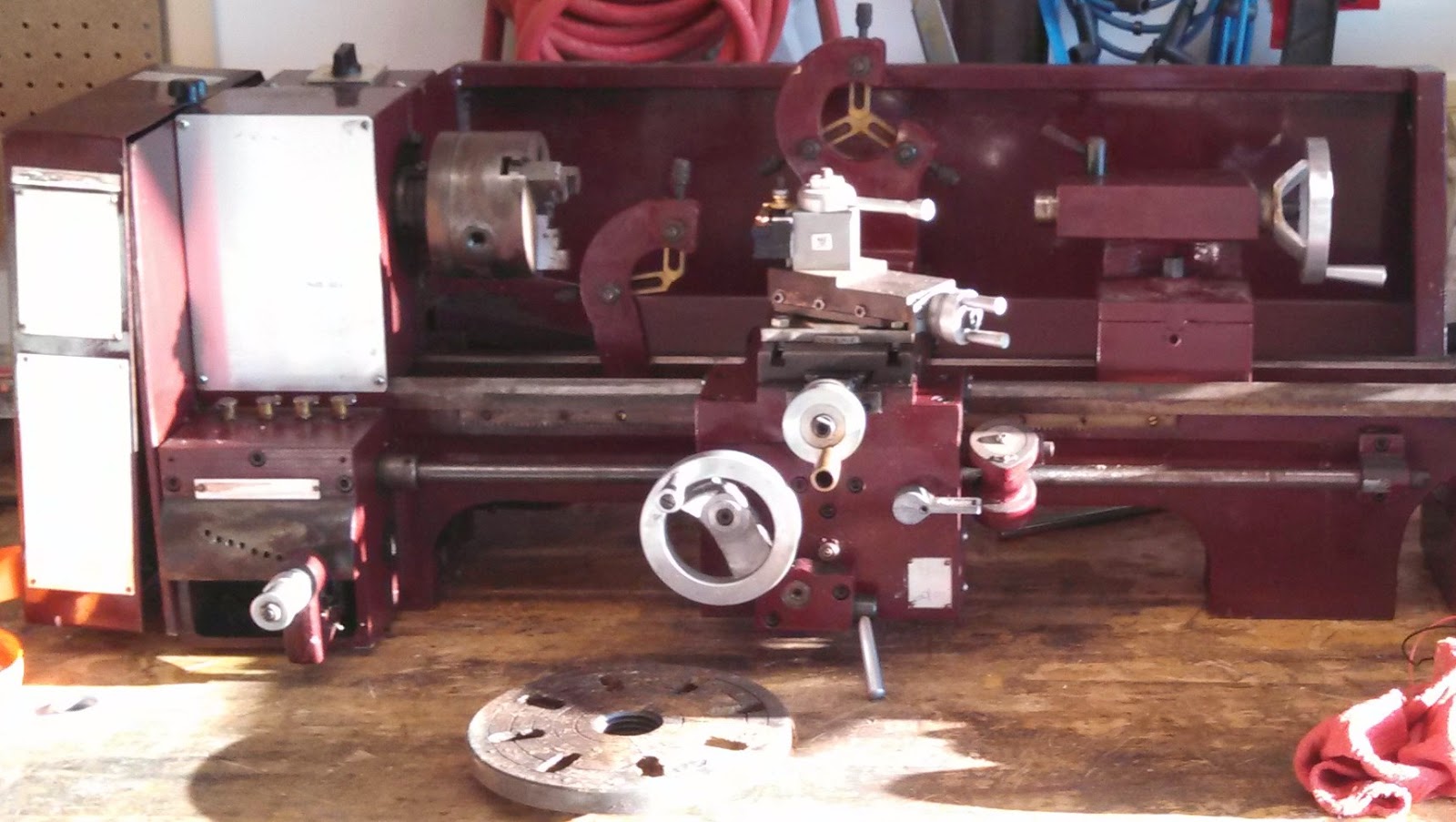 Lathe isn't huge, but big enough for what I need. It swings nine inch and is twenty between centers. Can't get too big with just a garage. Has a quick change gear box so I can thread a lot easier than with the little craftsman lathe I was using.  Wish I had a pole barn, or a bigger garage. If the weather stays somewhat decent, I can do a little more rearranging tomorrow. I put the pegboard up in the fall. Still need to organize the tools. Want to get the craftsman box situated under the one workbench to free up some more floor space. Managed to get the old electric oven situated against the wall where I want it. It will be my powder coat oven. Hope to run electric down the wall over the weekend. I picked up the conduit and wire already. I installed a twenty amp outlet last fall above the bench. It is on it's own breaker, so the whole run above the workbench should handle about anything I throw at it. Have to run 220 volt down the way as well for the oven. Be handy to have 220 out there anyhow.
Posted by RichD at 8:34 PM