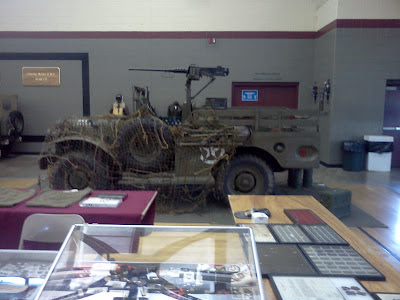 Went back to drool some more. The place is awesome. It looks more like a museum than a show. The vehicles were brought by the collectors putting on the show. They are pieces of their private collections. 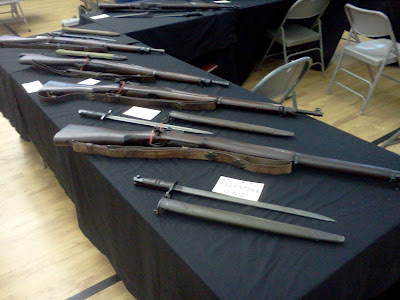 My buddy showed up today that I bought my garrand from. He had some more cool toys on display. He was telling me about a local machine gun shoot that he heard about. He is suppose to let me know when he hears dates. He has several machine guns. Anything from the tommy gun up to WW2 era. I want to hit the next pumpkin shoot they have. They always have a pumpkin shoot right after Halloween where they break out the machine guns and turn the pumpkins into a fine mush. He has a nice Garrand sniper rifle for sale. It comes with the shipping crate,all the paperwork, scope and accessories. 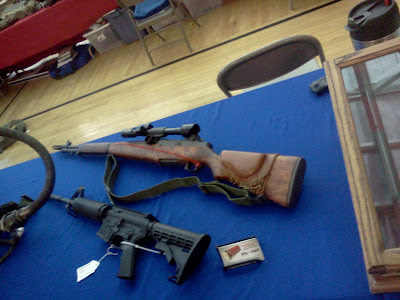 The Krag was there that I keep looking at. They have a show in the spring and one in the fall. I checked out the K31 again. It is in amazing shape. The stock and metal look new. Usually the stocks are rough just from use in service. The stock is mint as is the metal. It is all numbers matching and perfectly mint. He only wants $300 out the door. Naturally, I headed out without my checkbook. I will probably pick it up if he still has it next time. They had stuff from the revolutionary war as well. It really was a fantastic show.
Posted by RichD at 5:21 PM