What a gun show 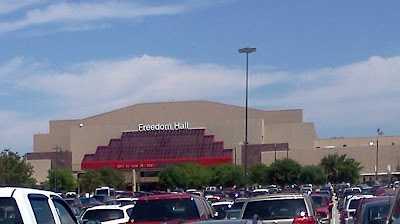 I hit the big military / gun show at the Freedom hall in Louisville this morning. It was HUUUUGE. Lots of really interesting items. There were a lot of antique guns all over. Real guns and periphenalia of western days. Guns from all eras of war. Uniforms, duffle bags and anything you could think of. Saw some really nice Garrands including both the C and D sniper rifles. I finally laid my hands on an unmolested Krag rifle. He had it marked $600 but I got him down to $500. Serial number shows it was manufactured January of 1903. Doesn't look bad for 109 years old.

My buddy at work warned me not to bother with the show because most vendors only sell to people with either an FFL or C& R license. So I remembered to take my C&R license allong and got to use it for the first time. I think that helped out on the price break. There were a few really nice M1 carbines for sale as well, but I didn't pick one up this time around. I was hoping on picking up some bulk .308 ammo for the M1A while I was there, but I didn't see any. It took a good five hours to see everyting. Definitely going to be watchng for the next show. They had some great food there as well. Parking was a breeze. I love driving through Kentucky. It is always a scenic drive.