Worked on the mill most of the day, not counting laundry and other chores. Managed to get the housing made for all the individual displays. The scales ship with the small displays, so that is what I will use for now. I did find blueprints for a cheap breakout board I can put together and an android app that would allow me to use an android tablet or phone to display all axis at once. It also allows you to program in bolt circles and grid points like on the fancier true digital read outs. It is quite amazing what is out on the net if you look. Extremely cheap to build. So far, the scales with stock readouts came in at about seventy bucks total. Took a bit to figure out how to go about mounting them, but I think it came out pretty passible and quite useable. The breakout board including Bluetooth adaptor will cost in the neighborhood of sixty bucks to build. I will keep an eye out for a cheapo android tablet at big lots or similar. Figure I will do the same on the lathe. I can use the same tablet and breakout board, just unplug from one machine and plug into other, or make a switch box. 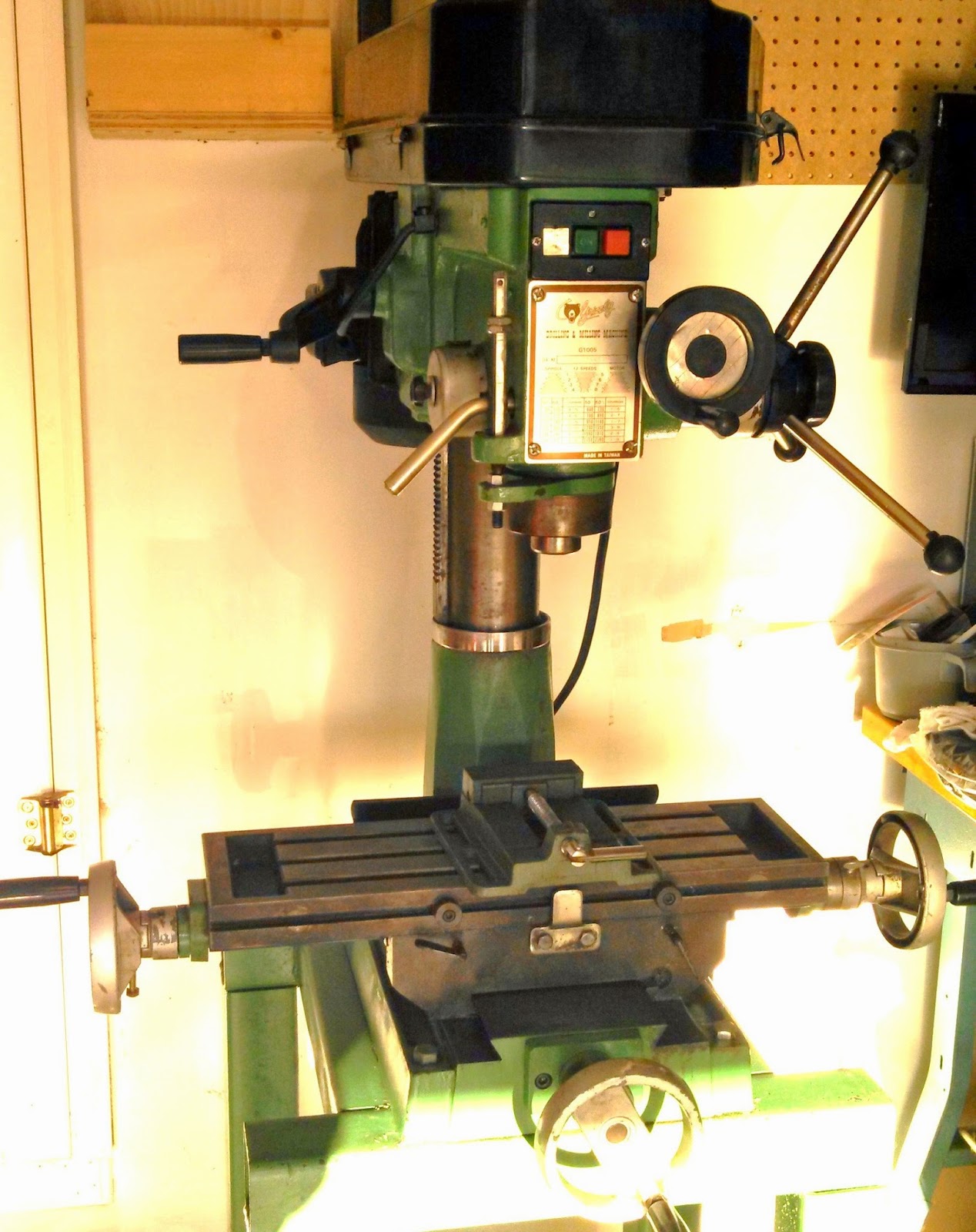 Mill as it is stock. Alright for a starter, wish I had room for a knee mill. Couldn't beat the price as it was about the price of a decent drill press. Little used but not abused. 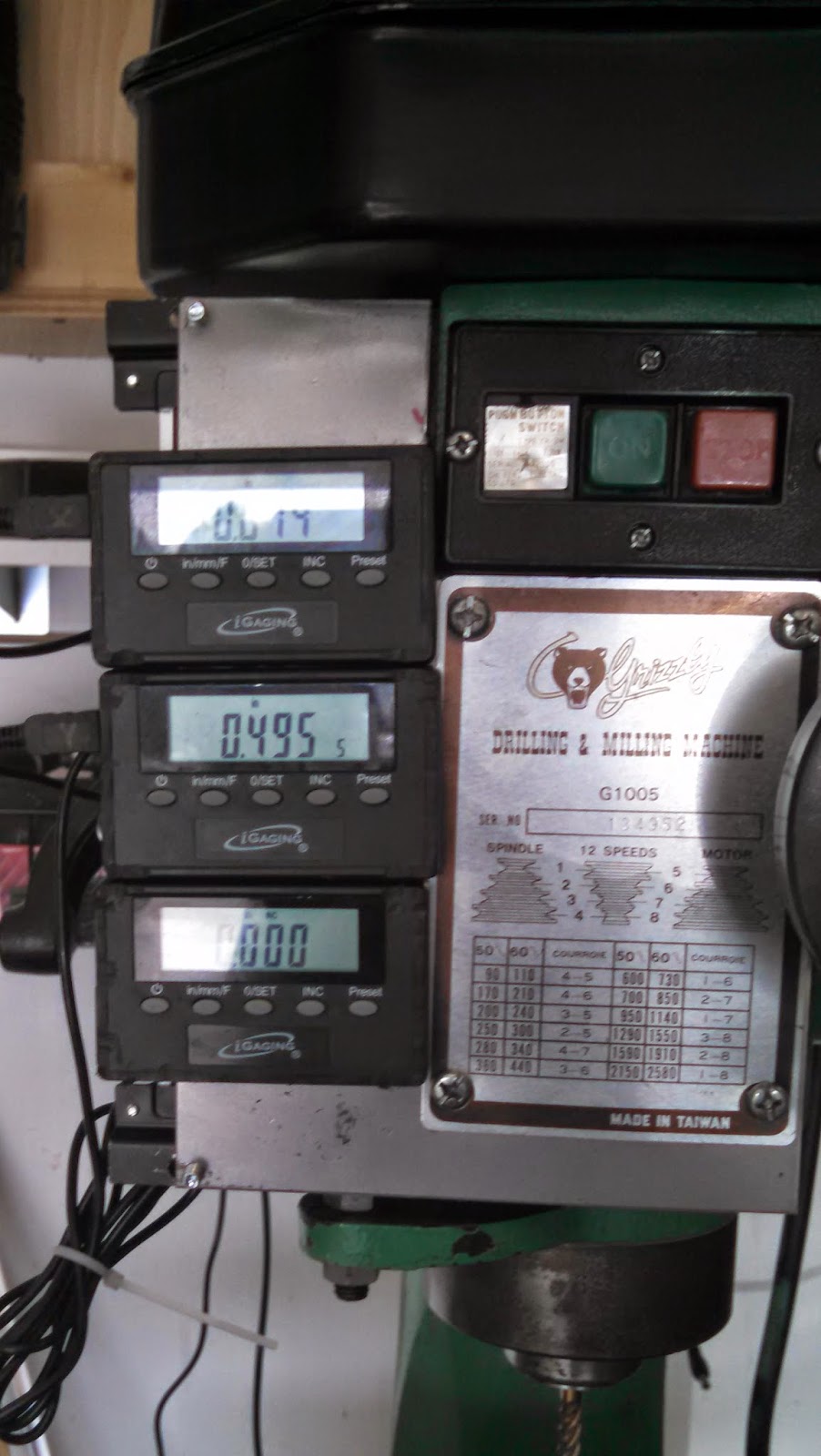 Here is where I left off yesterday. Had the digitals installed, but not really ready for prime time. The mini displays come with a magnet built into the housing so it will sort of hold on a steel surface. 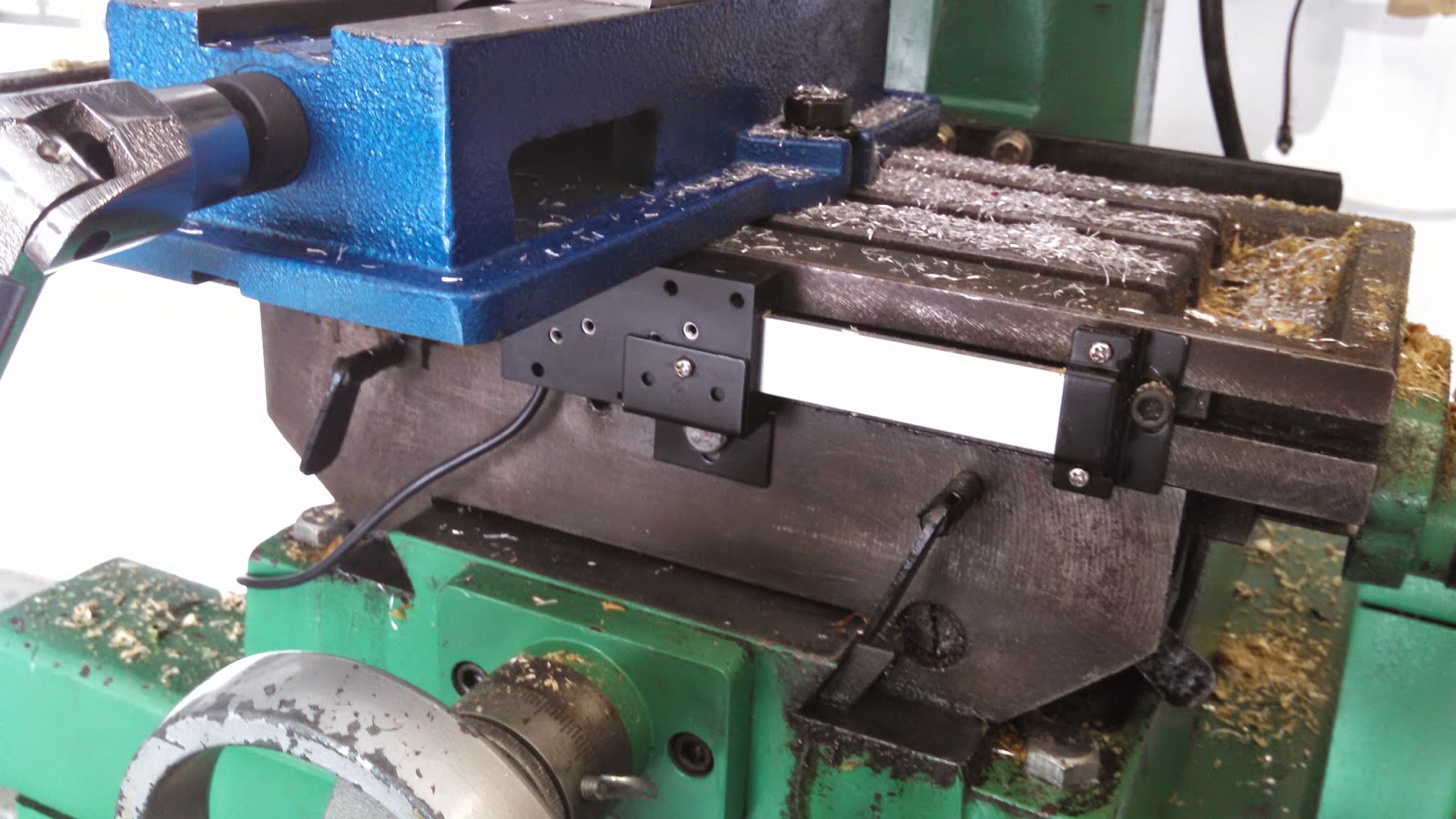 Here is one of the scales mounted. This one was the easiest out of the three. Still need to put a guard to keep chips and oil off of it. Figure a thin sheet of rubber will do. 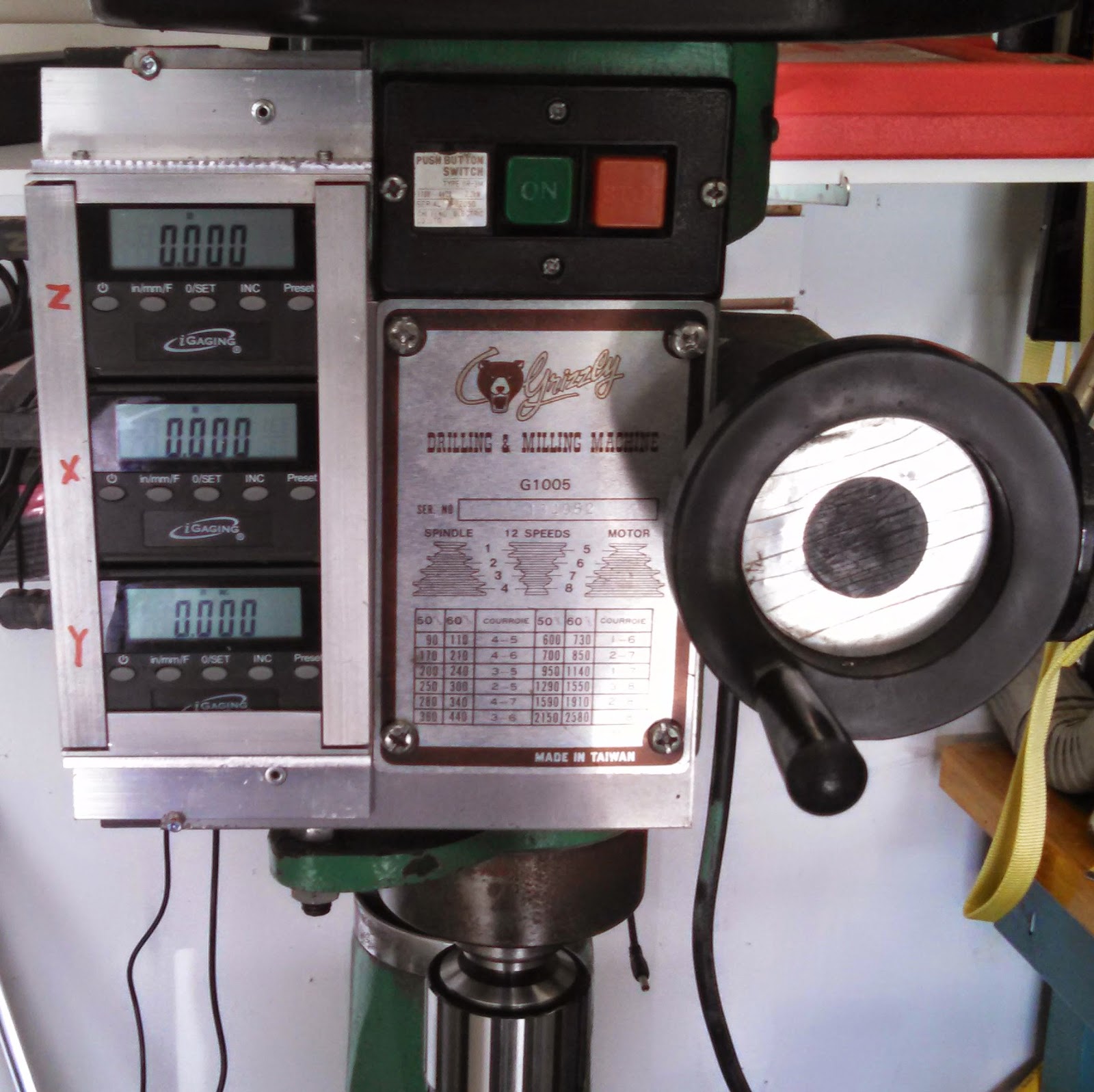 This is the finished product. I built a case to hold all the displays so I don't have to worry about them moving around. Didn't turn out to shabby. May engrave the rail with the axis letters, but probably not. I am leaning hard on converting to the android tablet. The scales would plug into the breakout board instead of the displays. With Bluetooth, cables would disappear under the machine and wirelessly connect to display. It would make display easier to read, neaten it up a bit and give me all the added capabilities of the fancier readouts. When I upgrade my phone, I may be able to use my old one for the display.This will do very well until then. 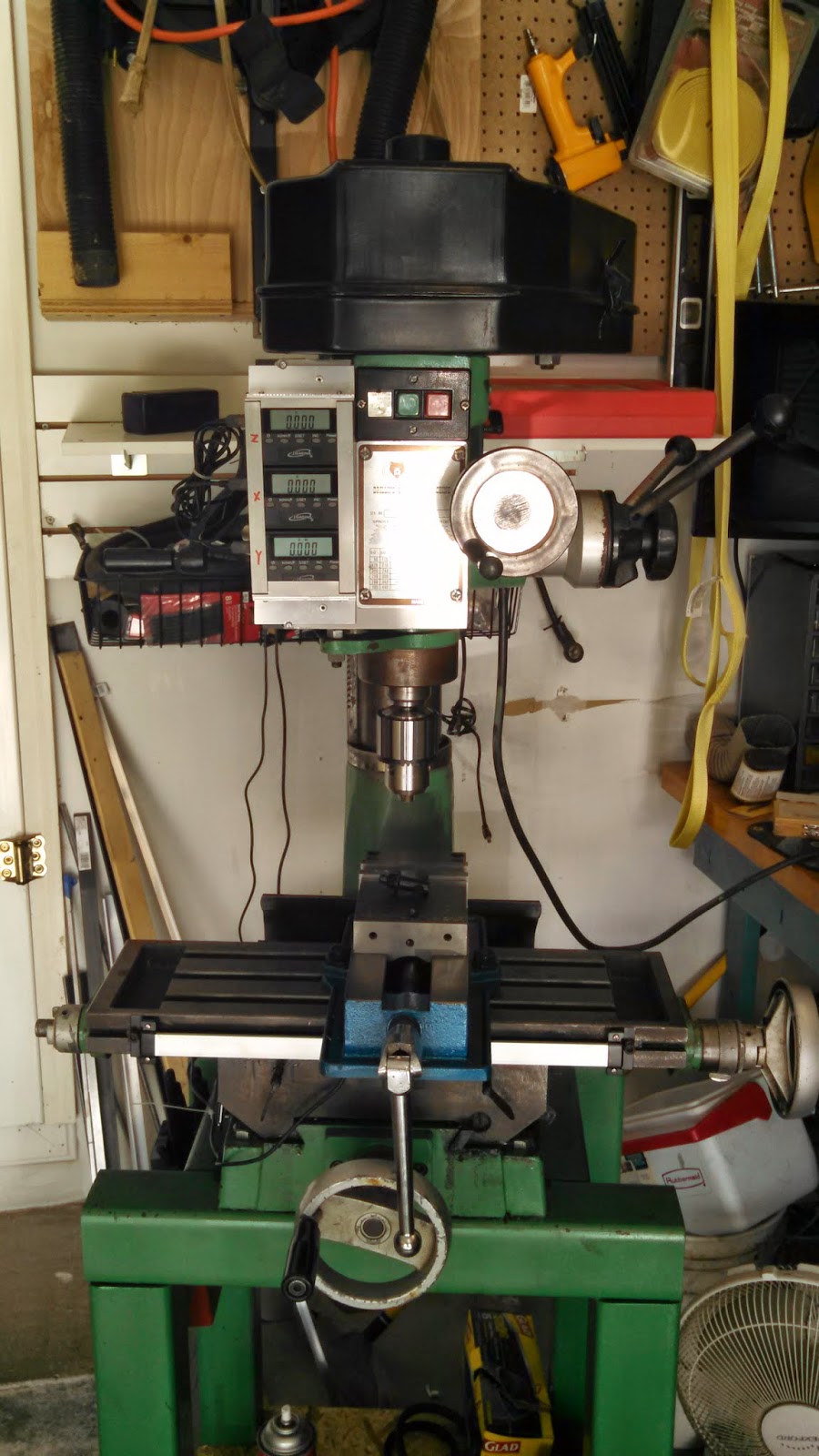 Need to hit the store and pick up some zip tie mounts to get the cables organized and some rubber to put over the lower scales.
Posted by RichD at 9:11 PM