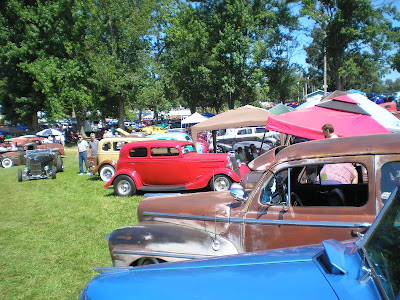 Headed back in to the Follies this morning. A little cooler than yesterday. They had some more booths set up and a lot more cars for sale than yesterday. First heading in from the parking lot, I hit the prime clump of seventies gems. They are usually in a cluster in front of the same building every year. They had a gorgeous Charger for only $5500. God if I only had another stall in the garage. It was in really nice shape for the year. Metal was in great shape. The rubber trim needed replacing and the bumpers re chromed, but, a phenomenal price. Green in and out, but, can't be too picky on a forty year old car. 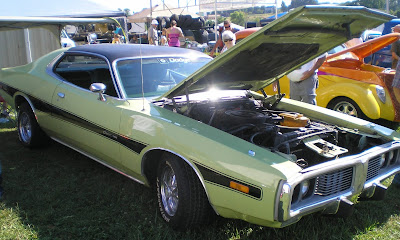 Then, I hit the end of the row. My brother's dream car was there. A 1970 Monte Carlo with the bucket seats and console on the floor. Beautiful shape. My brother has the 1972 Monte Carlo he bought for his first car. He bought it off of our grandmother, who had purchased it new. He still has it in immaculate shape. He would have preferred the buckets and console though. 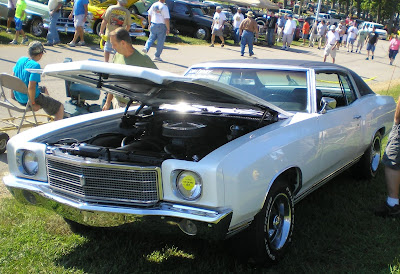 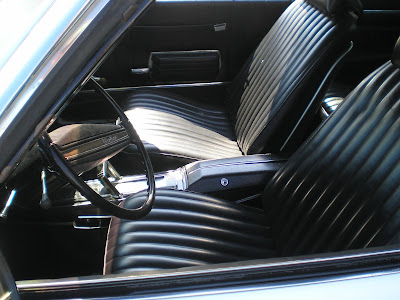 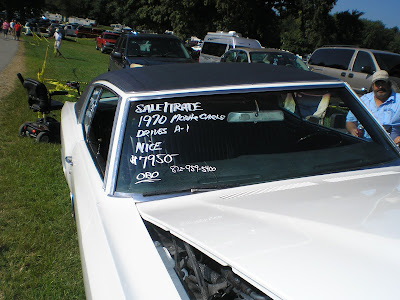 Found some really cool old items for sale. I purchased my Flaming River steering column for the mustang. Got a discount for buying at the show. Picked up some old records at the flea market for cheap as well. Picked up some literature for some other items for later on down the road. Tomorrow is the Indy 1500 gun show. Busy weekend.
Posted by RichD at 3:19 PM