Gorgeous day, and I am off. 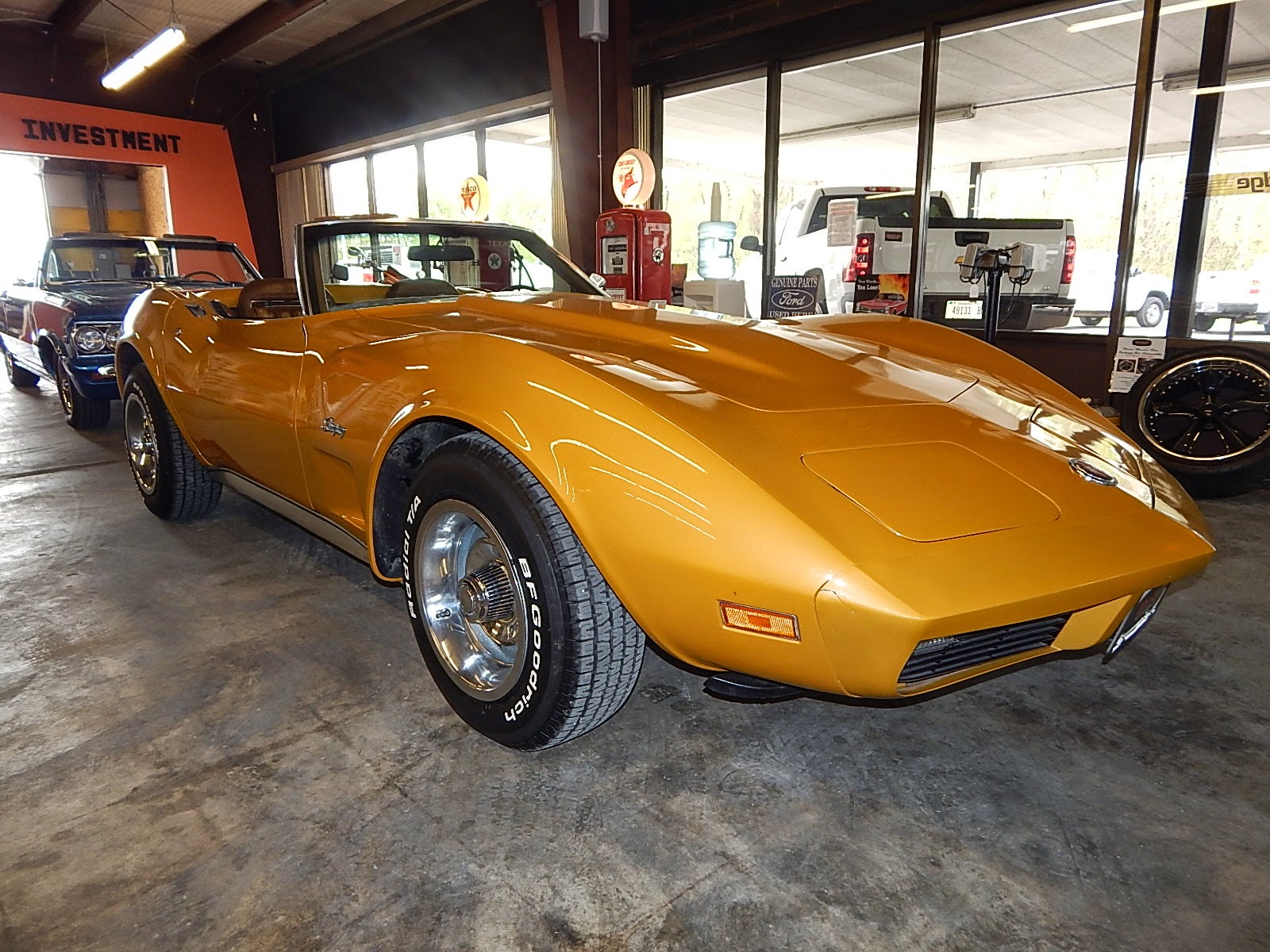 Actually got a Saturday off, and it was a beautiful day. Started off with a nice long cruise in the Vette. Went over to a collector car dealer. He was showing a C2 vette in stock. Unfortunately, it was a 1973. Worst of all worlds. Still had the steel bumpers on the back, but had the plastic bumper up front, complete with three cracks all the way through. Worst one was right down the middle. It had the automatic, as the government standards did away with stick on the vette for a few years. It was a convertible, which was a big plus. Had it been a 72, she would have been awesome. He had a few classic cars on hand. A GTO clone, a 64 tempest convertible, a 73 cougar convertible, 70 buick skylark convertible, and two old time VW convertibles. My dad had a bug, and a van. Still can't figure out how any of us kids rode in the back seat of the bug. Been many, many years. He also had an old Bronco in great shape.

After cruising about, I tried out my new lawn edger. It is awesome. I was using an electric edger before. Cords were a real pain as I live on the corner and have a massive amount of sidewalk to edge. New edger, four cycle gas powered. It is awesome. I can do in fifteen minutes what was a couple hours before. The electric was slow going and being light weight, it was harder to get any depth on the cut. Added bonus, the new one has a curb adjustment. Didn't even notice it when I bought it. It is a four wheel unit, The two front wheels favor the center. The back right hand one pivots down at about four different height settings to match curb height. It also has an adjustment so you can go 45 degrees in either direction. I plan on doing that when the ground dries out a bit more. Going straight down was a little mucky, more rain on the way for tomorrow. Once the ground is fairly dry, I will angle cut it. to give it a trimmer look.

After cleaning everything up, it was play time in the garage for a while. Got the lathe cleaned up. I also installed a couple of replacement parts. I got a new threading chart for it as the old one was completely illegible. Cleaned up the mill and got the vise back on it. Came up with a new floor plan to get a bit more room. I am going to try putting the mill up on the bench so I can put the powder coat oven where it resides now. I want to install the new display on the mill and start mounting the scales on the lathe tomorrow.
Posted by RichD at 8:40 PM