That commercial, it is no longer funny.... 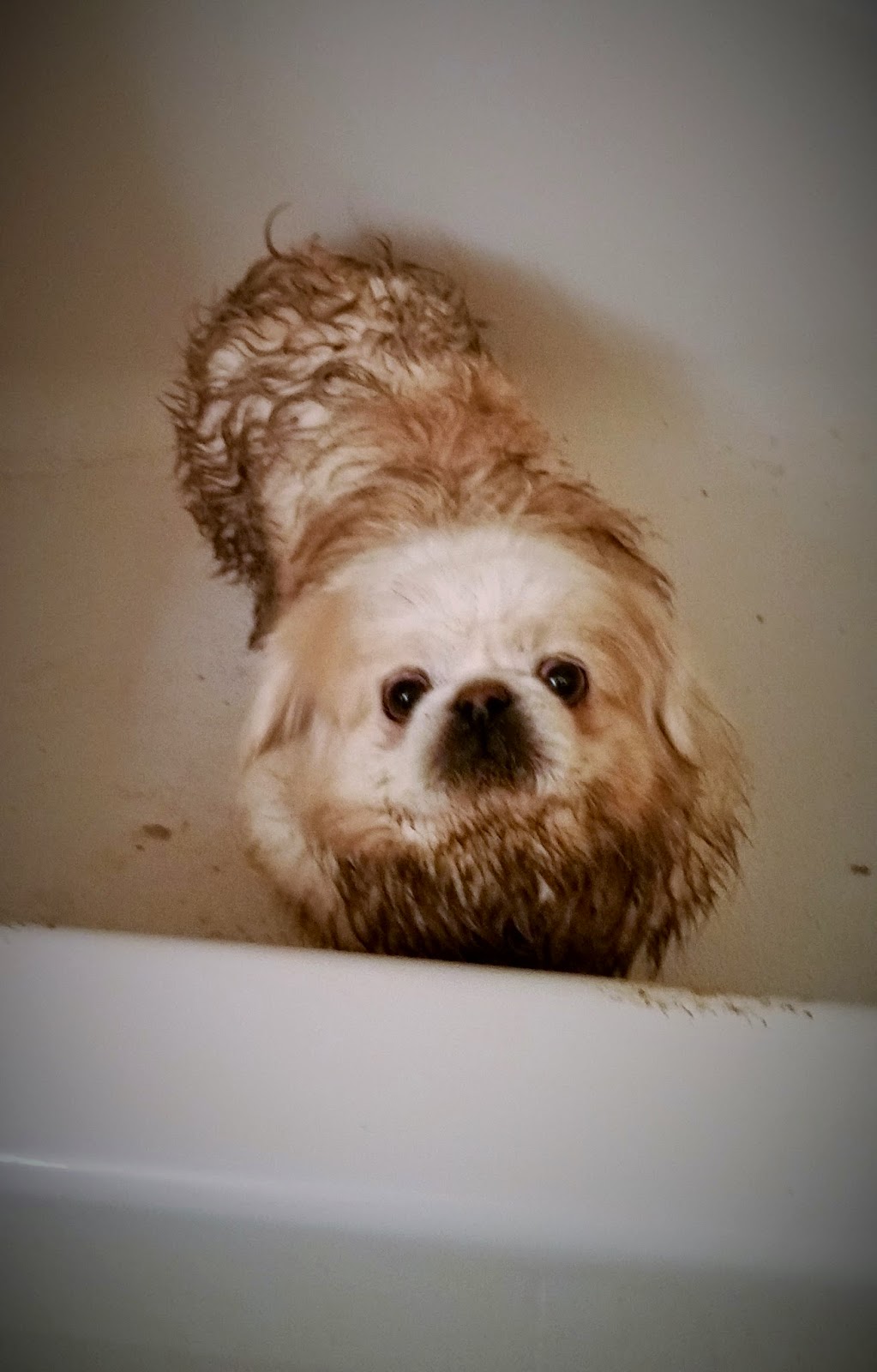 The commercial with the giggling girls giving the muddy stray dog a bath, not funny anymore, not even a little. We finally got snow the other day. Eight inches, and all you heard was snowmagedon. Yeah, they don't get much snow down here very often at all. Usually blows by us, or we get a dusting. Well, the snow melted during the day, the neighbor kids are out enjoying the 50 degree weather, riding back and forth along Spike's fence line on their four wheelers. Dog likes playing border patrol There is a rut along the fence line where he ran back and forth. I had to wrap him in towels to get him to the bathroom for clean up. Hoses are still put away for winter and outside lines are shut off, or it would be the hose for him. Finally get him cleaned up, which he did not like at all, and he romps over to the door to go back outside (after drying off on my leather sofa, nothing dries a dog off faster than rolling on a leather couch). NO WAY. He is grounded. Got the leash tied to the back porch. He gets a tiny circle of patio block to romp on until the yard dries out a bit, probably about June. It is a flooded mess. The snow is melting at a radical rate.

Suppose to hit 60's next week. Not bad. Two snow storms all year. A three inch on Presidents day, and an eight inch snow the other day. They shut the schools down for a week for the three inches we got on presidents day. They were talking sending people home on second shift. The college campuses closed. Eight inches up north when I was a kid was called, snow. Nothing to even be worthy of news. Be happy if it wasn't lake effect and measured in feet. The people over the Ohio river got it pretty good. A good portion of Kentucky got nailed. We lost a few workers for a few days. Farther than I would want to travel for work in good weather. Hopefully that is the last of the snow for the year.
Posted by RichD at 6:13 PM